You’ve trusted us in finding you great investments in Dubai and we try not to disappoint. Now we have a few properties that got us excited. We have found 3 great properties in the JVC area that bring in 8%+ net returns. Here is why that matters:

This is mainly because of the popularity and growth of JVC. This is evidenced by a rapid rise in population over the last couple of years, according to Reidin. It continues to attract tenants and investors due to its affordability and amenities offered. In fact, JVC tops the list for top crowdfunding areas in Dubai.

Riviera JVC, is a gated community located close JSS International School, making it an abundantly attractive location for families and teachers. Furthermore, the property is conveniently located close Exit #2 in JVC making it very accessible to enter and exit the Jumeirah Village Circle. La Riviera Estate is comprised of two apartment blocks and consists of 90 apartments each surrounded by Town homes. The two-apartment buildings share a secured podium that comprises of common pool, gym and green space. It is the kind of community that families are drawn towards, due to all the facilities in the neighborhood and within the complex itself. Additionally, the chiller is included in DEWA, providing yet another reason for it to be an enticing residence among tenants. 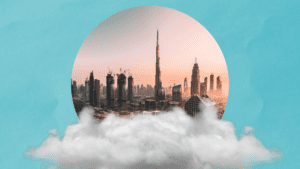 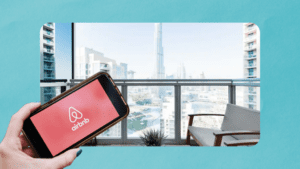 Here’s Why Dubai Is The Most Profitable Airbnb City Worldwide 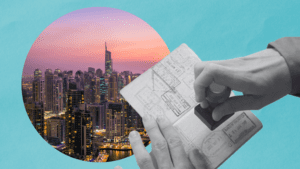