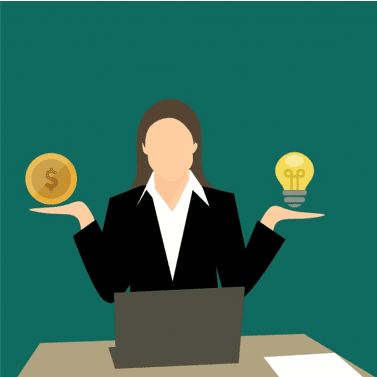 Being rich is the dream of several people around the world, and someone who aspires to become rich has their own way of doing so. You can be rich and have your own ways of growing your wealth. Involving yourself in a regular 9-5 job can be one of those ways, but it is known not to work just by itself. Although a 9-5 job is a monotonous way of earning money, it helps to fill your pockets to make up for all the expenses that you might come across on a day to day basis. The only catch is, you earn a limited amount of money by it and so, the success that you gain from this 9-5 job is also limited. The amount of hard work that you put into the job does not determine the amount of money that you will earn from it. Of course, it is a wonderful stepping stone from not having a job and not earning, to having a decent job and beginning to accumulate a decent amount of earnings, but it won’t get you too far if you’re not smart with your money. There is a constant battle — does a person need to work hard or work smart to become successful? We are not here to discourage hard workers or passionate employees, but we are here to promote a mindset that will encourage you to be smarter with your hard-earned money.Let’s take a look at two hypothetical situations:1) Michael is a construction worker who earns $45,000 a year, his job conditions require him to work under harsh conditions, sometimes even over 12-15 hours per day, which is much higher than the hours to a standard office job. He has no other source of income apart from his job, which would put him in an extremely difficult situation if he ever has the thought of leaving his job, or gets fired from his job.2) Phoebe worked a 9-5 office job for a while before starting a side business on her own in order to generate more income due to the rising expenses in response to the economic ups and downs. She wanted to sustain her income and allow herself to have some flexibility when it came to her job, which is why she started a side business. The money she generated from her business was used to enhance it, while the rest was put into real estate investment, which helped her generate more. She is expected to make $250,000 out of her business and investments.
Who do you think attracted more wealth — the first scenario, where Michael only worked hard or the second scenario, where Phoebe worked both hard and smart to manage her expenses? There really is no competition between them both, and there is no either/or with regards to working hard and working smart. Both of them go hand in hand, coordinate with one another to reward you with something bigger. What you choose to do with your money plays a big part in how you sustain your wealth. If you are merely earning to suit your short-term goals, this can be a big risk as you might accidentally fall into economic problems in the future. The more unique value you have to what you are doing, the more it will last you in the long run, in terms of income. Working hard is an aspect that has been drilled within us ever since we start going to school. We are told that we should work hard to achieve our grades, to strive to work towards leadership. We can work hard to absorb as much information as we can, but if we prepare for exams in this way, it will only get us a limited grade. For an exceptional result, you would need to have a strategy, a motivation to solve similar kinds of exams to prepare yourself and a target in terms of how much you want to complete in the given amount of time. The same goes for money. We are taught that working hard and long hours at our jobs after attaining our degrees is the way to go, to be successful. You might be able to achieve nobility or success within your field, but you might not be able to advance too much in terms of income if you’re not smart with what you do with it. Saving money for consumer goods could work out, but then again, the money will be spent and gone from your pocket. Rather than doing this, you should save to buy things that could possibly allow you to earn money from what you bought. That “thing” is defined as an asset because when you buy it, it eventually brings more money into your account instead of taking money away from your account over a period of time. Your hard and smart work, have a definite worth for your future. Don’t let them be enemies or frenemies — they are partners.

Make your money work for you. How Will the New D33 Agenda Boost the Dubai Real Estate Market?